On the last flight of a transatlantic airliner, a priest and a rabbi team up with the passengers to save the plane from a pandemic of demonic possessions which spread through the passengers and eventually to the pilot. Can they land and survive this Exorcism at 60,000 Feet?

Writer/Producer Robert “Corpsy’ Rhine, who also play Rabbi Feldman, says: “We are extremely excited to see Exorcism at 60,000 Feet with an audience and we were thrilled to be accepted by Hollywood Horrorfest. We had a blast making the film and hope the audience can survive the flight! Seatbelts provided.”

The screening will be followed by a lively Q&A with the cast and journalist/author Pat Jankiewicz with a few surprises along the way. 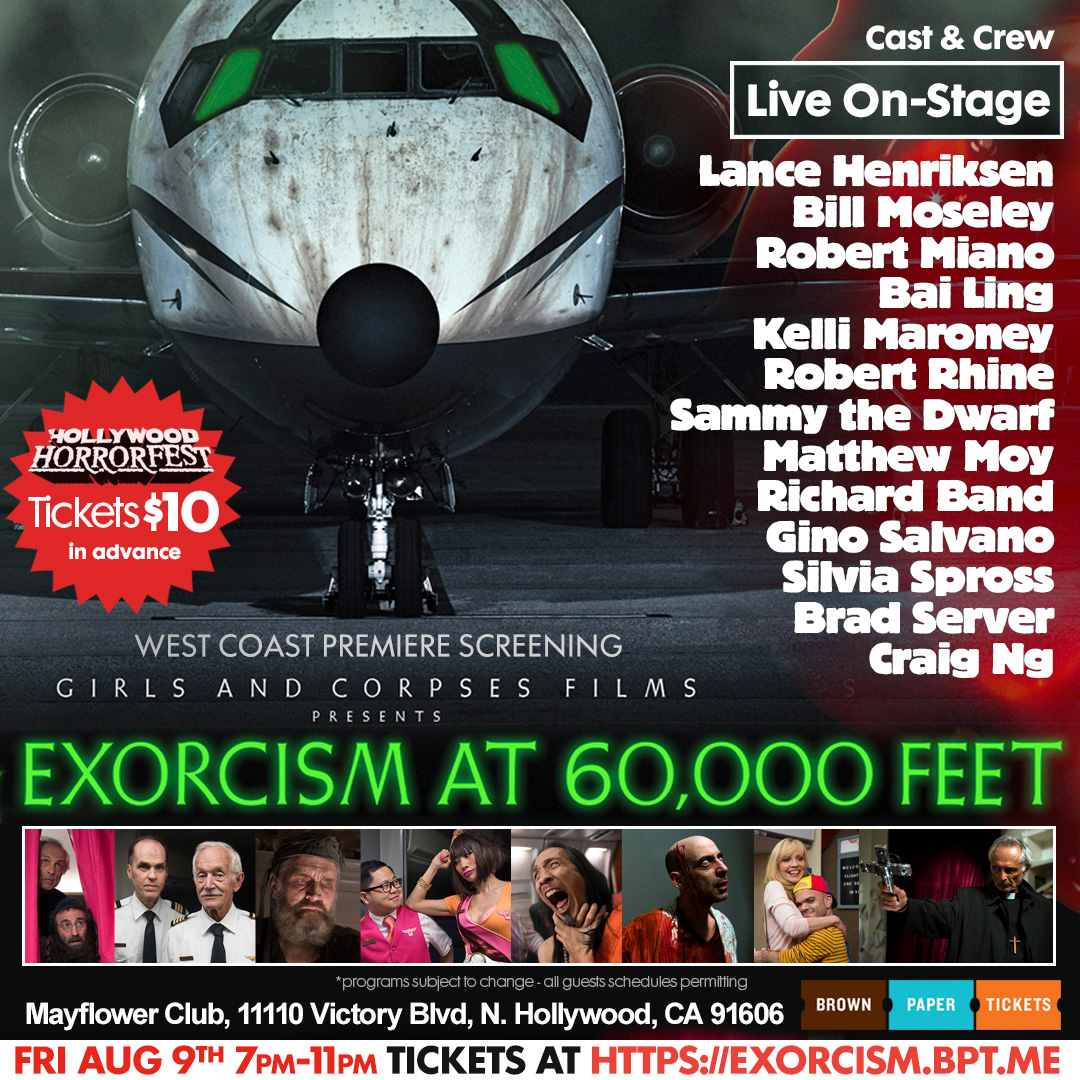 This is the 2nd feature from GIRLS & CORPSES’ Production arm after their critically acclaimed CYNTHIA (2018). Written and Produced by Robert “Corpsy” Rhine the film is directed by Chad Ferrin (Parasites, Someone’s Knocking at The Door) and promises to be one hell of an evening – it’s a Girls & Corpses Production after all!

“Genre fans are going to lose their shit when they get an eyeful of Exorcism at 60,000 Feet. A balls out tribute to horror’s golden age from the boys and girls at Girls and Corpses, Exorcism at 60,000 Feet is everything you would expect from the title and so much more. Writer/producer Robert “Corpsy” Rhine (Cynthia) and director Chad Ferrin (Someone’s Knocking at The Door, Parasites) have rounded up all the best and bloodiest talents from the genre, unleashing them on a plane for what promises to be this year’s most garish, gory and unforgettable splatterpiece.” – Silent Motorist Media 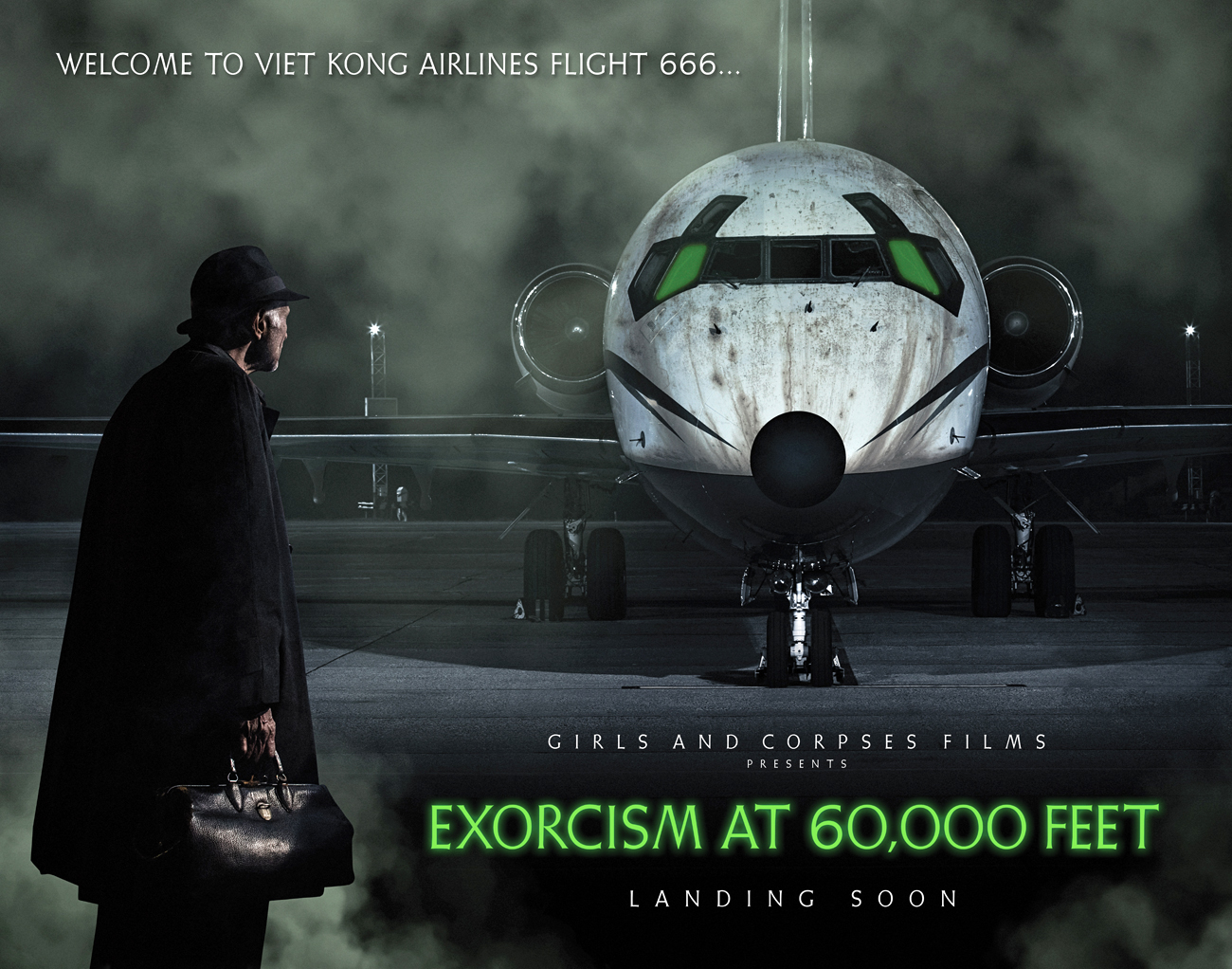 HOLLYWOOD HORRORFEST continues all Saturday August 10th with screenings of the best in world horror shorts and features. The festival raise funds and awareness for the VINCENT PRICE ART MUSEUM. Check their website for full details.

9.30pm Q&A with the cast moderated by author Pat Jankiewicz.

Seating is extremely limited so book in advance.

Tickets in advance available at: https://exorcism.bpt.me